Home / About the Foundation / About Us / Scientific Advisory Board / Lee S. Rosen, MD 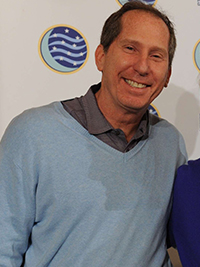 Lee S. Rosen, MD is a principal investigator for many clinical trials focusing on new cancer drug development (Phase I), particularly in the treatment of gastrointestinal malignancies.  Assistant Professor in the Division of Hematology-Oncology, Department of Medicine at the University of California, Los Angeles, where he founded the Cancer Therapy Development Program, Dr. Rosen has made significant contributions to translational research with angiogenesis inhibitors, signal transduction inhibitors and new drug combinations.  His work with angiogenesis inhibitors goes back to 1996 and he has since treated hundreds of patients with more than a dozen drugs in this class.

In 2004, Lee S. Rosen, M.D. created Premiere Oncology to continue the research he began in 1996 as founder of the Developmental Therapeutics Program at the University of California, Los Angeles (UCLA).  The program was created following completion of his fellowship and was designed to conduct early stage (Phase I and Phase II) clinical trials of novel therapeutics designed to effectively treat patients with advanced solid tumors.   Dr. Rosen rapidly developed a reputation for excellence in the conduct of gastrointestinal malignancy research and early stage clinical trials for patients with solid tumors.  He has led pivotal clinical trials of many products subsequently approved by the United States Food and Drug Administration (FDA) for the treatment of cancer including Camptosar (irinotecan HCL injection), Eloxatin (oxaliplatin) and Zometa (zoledronic acid for injection) and Sutent (sunitinib malate).  Dr. Rosen was featured on the CBS television program 60 Minutes in 2000 for his work on angiogenesis inhibitors (a class of drugs developed to treat cancer by inhibiting development of new blood vessels). In 2011, Dr. Rosen rejoined the University of California, Los Angeles (UCLA) and is continuing with his clinical trials program.

Dr. Rosen received his Medical Degree from Baylor College of Medicine in Houston, Texas, his B.A. in English Literature from Yale University and Masters of Public Policy (M.P.P.) from Harvard University’s John F. Kennedy School of Government.  In addition to conducting research, Dr. Rosen speaks widely on the subject of cancer and new therapies, is an educator, and consults with research sponsors in the design of clinical trials.