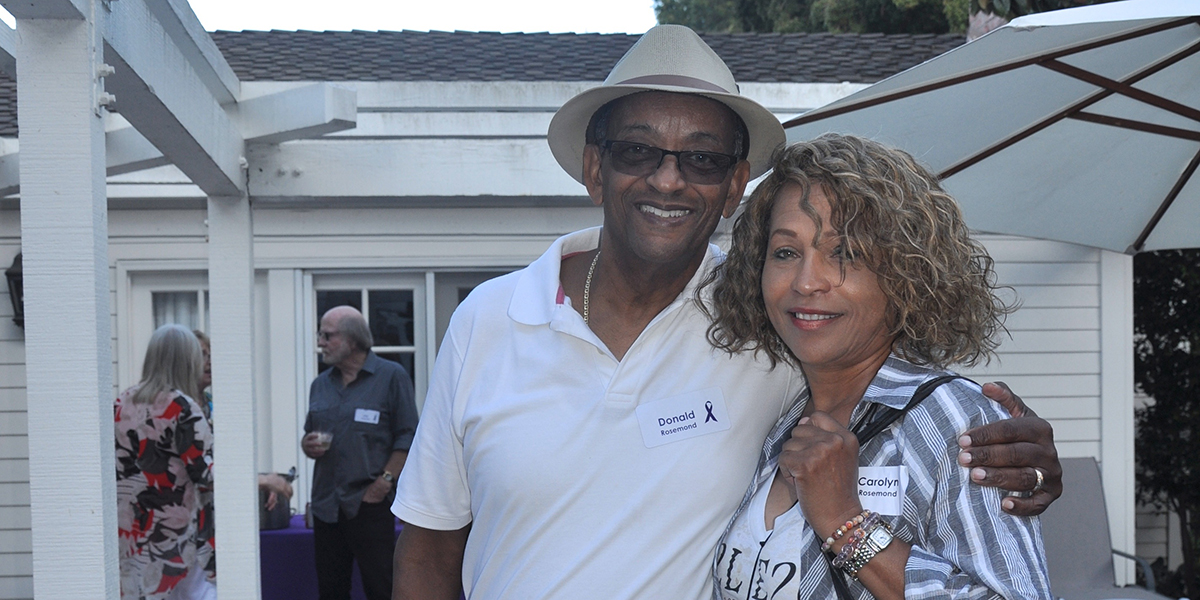 My symptoms started back in 2008 when I felt tired all the time. I thought it was because I was working a lot of hours. It hit me when I was driving home one day, and it took me 3 hours to get home. That’s because I had pulled over and fell asleep. It took me weeks before I told my wife and that’s when I went to the doctor.

Once I saw the doctor and tests were run, I was told I have cancer. However, my doctor doesn’t specialize in cancer, so I was referred to another doctor who ran more tests and discovered I have Neuroendocrine Tumors (Carcinoid Cancer). That doctor didn’t have a clue of what to do. As far as I was concerned the clock was ticking. With a lot of prayers and our own research we found a doctor who was a specialist in Carcinoid Cancer. He told me that I have the same cancer that Steve Jobs had, where it started on the tip of the pancreas and the tumors moved to my liver.

It was never said to me I was high risk because of my race but I was told many people are misdiagnosed. I think shining a light on this topic only once a month is not enough to help people no matter what their ethnicity. I look at all of us as God’s children and iron sharpens iron. I’m also blessed to have a family who cares and pushes me to continue the fight.

I’ve met many people since my journey began. I’ve heard their stories and most people don’t do any research for themselves and you know the results. There is a lot of information out there and people need to do their research and then reach out to organizations for help. I realize that health care is a major factor for cancer. I didn’t do any research on genetics or ethnicity specifically because that really didn’t matter after I was told I have cancer.

I’ve been to many meetings about pancreatic cancer and how it can branch out to other physical problems. I’ve felt like a raisin in a bowl of rice and I truly don’t understand. I know someone who had pancreatic cancer and they invited me to a luncheon for survivors and caregivers. It was very informative, so I’ve told others about Hirshberg Foundation. I’ve been to 2 affairs and just to hear other people talk about living with cancer is support to me. There is a lot of help and support out there and you have to drop your color barrier because cancer is like a bullet it has no name on it. We’re all in this together.