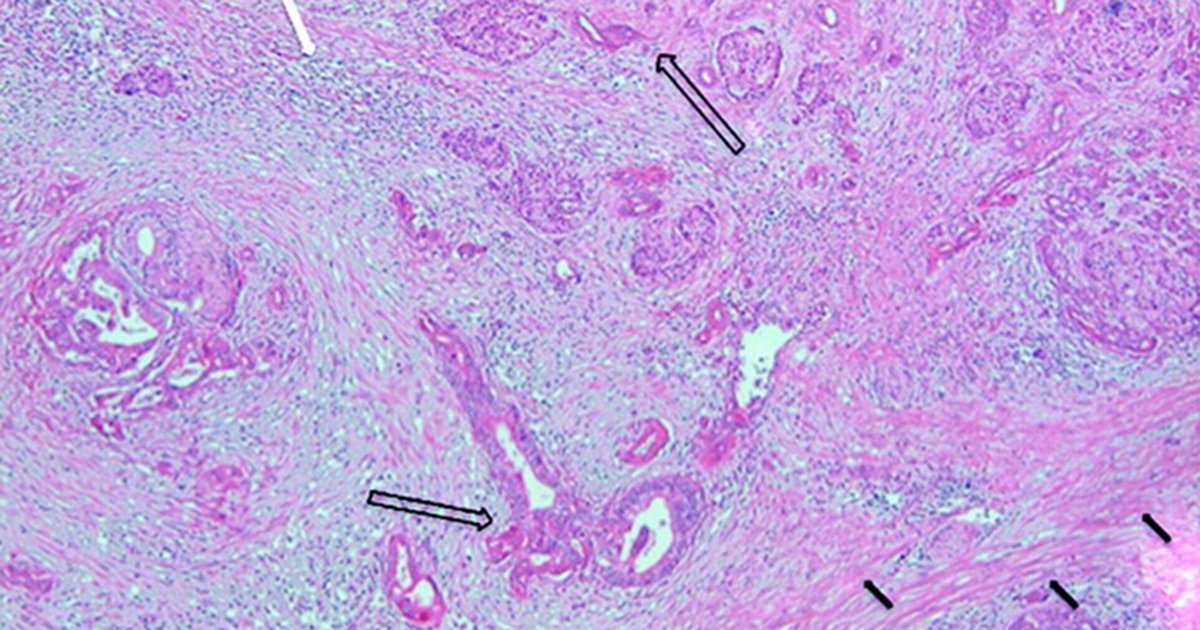 Cancer begins in cells, the building blocks that make up tissues. Tissues make up the pancreas and the other organs of the body.

Sometimes, this process goes wrong. New cells form when the body doesn’t need them, and old or damaged cells don’t die as they should. The buildup of extra cells often forms a mass of tissue called a growth or tumor.

Tumors in the pancreas can be benign (not cancer) or malignant (cancer). Benign tumors are not as harmful as malignant tumors:

Benign tumors (such as adenoma):

Pancreatic cancer can invade other tissues, shed cancer cells into the abdomen, or spread to other organs:

Invade: A malignant pancreatic tumor can grow and invade organs next to the pancreas, such as the stomach or small intestine.

Shed: Cancer cells can shed (break off) from the main pancreatic tumor. Shedding into the abdomen may lead to new tumors forming on the surface of nearby organs and tissues. The doctor may call these seeds or implants. The seeds can cause an abnormal buildup of fluid in the abdomen (ascites).

Never Give Up.
The journey continues with an end in sight.
Our Stories »
SUBSCRIBE
Our Free E-Newsletter
Sign up to receive information on breaking news, patient programs and upcoming events.
You can custom tailor your subscriptions and unsubscribe at any time.
MISSION:
To be recognized as a patient support reference source for pancreatic cancer patients and their families.
DONATE