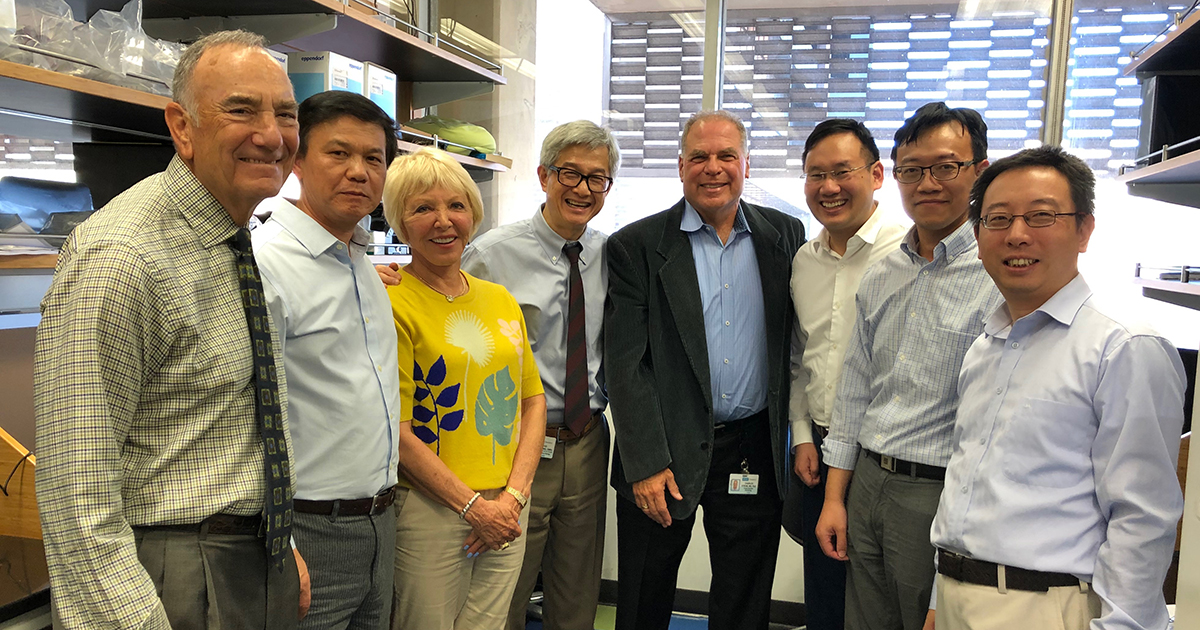 Currently, pancreatic cancer has the highest mortality rate of all major cancers with 74% of all patients losing their battle within the first year of diagnosis. There is clear evidence that earlier diagnosis leads to improved outcomes. In a global collaboration, two Seed Grant Awardees are working towards methods to detect pancreatic cancer in its earliest stages.

In the 2018-19 Seed Grant cycle, the Hirshberg Foundation has awarded grants to Gary Xiao, PhD at the Dalian University of Technology and David Wong, DMD, DMSc at UCLA. Both researchers are focused on techniques for early detection of pancreatic cancer.

Dr. Xiao’s work in China has shown that analyzing the type and amount of very small bits of RNA (called micro RNA, or miRNA for short) can detect early changes in a cell’s function suggestive of the development of pancreatic cancer, long before any symptoms appear. RNA is known as the “messenger molecule” responsible for translating DNA in our genes into proteins. Proteins are what actually accomplish most key tasks and process in our bodies, and miRNA regulates how much of the RNA actually becomes such proteins. Using miRNA would allow for the detection of pancreatic cancer in its earliest stages, with the possibility of better treatment options.

Across the globe at UCLA, Dr. Wong has been researching the KRAS gene, notorious for promoting cancer growth when mutated. His work has shown that specific mutations in a region (codon 12) of the KRAS gene can reliably predict the development of pancreatic cancer – in many instances before an actual tumor has become large enough to detect by any known imaging technique.

The awardees met on November 7, 2018 together with Dr. Bill Go, Chair of the Foundation’s Scientific Advisory Board, and Agi Hirshberg, to explore the translational and clinical synergy of these two projects. This collaboration would bring together two early detection methods in the fight against pancreatic cancer.

“If each of these excellent techniques used together can provide even better early detection than when used independently – which early signs suggest is possible – we will have made a major step forward in the fight to eliminate pancreatic cancer as the deadly threat it is now,” said Agi Hirshberg.