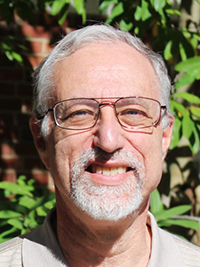 There is currently a blood test for pancreatic cancer. Unfortunately, it is not specific enough to use as a screening method for the general public, but instead is limited to patients who are already known to have pancreatic cancer and are being treated and monitored. While there has been some recent improvement in the effectiveness and diversity of the treatments, the five year survival rates have only inched forward from 2 to 5% up to 6 or 7% in the past 2 or 3 years because detection comes too late for surgery or curative chemotherapy. Thus, earlier detection is still an absolute requirement for more widespread curing of pancreatic cancer. This proposal builds on the existing blood test by adding markers to the tested molecules to reveal whether they come from pancreatic cancer or some other disorder. The vision is that changing the sugar nutrients supplying a tumor will make the blood test more informative and specific enough to identify pancreatic cancer with enough confidence to be used in early screening tests. There are many types of molecules that are generated in tumors from these sugars, and the combination of the molecules that are found to have the markers on them when they come from pancreatic cancer will be much less likely to be confused with combinations that are associated with other medical conditions. The hope is to make the blood test specific enough to gain approval for screening a much larger fraction of the population than is possible now.