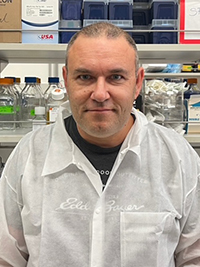 Pancreatic ductal adenocarcinoma (PDAC) continues to be one of the most lethal human diseases, with an overall 5-year survival rate of just around 10%. An estimated 48,220 people in the US will succumb to this disease in 2021, putting pancreatic cancer as the third leading cause of cancer mortality in women and men combined. Alarmingly, the incidence of pancreatic cancer has increased over the last years.

A detailed understanding of modifiable risk factors, e.g. obesity, will most likely guide the rapid implementation of new preventive strategies. We have confirmed that PDACs differ in histology, severity, and outcome depending on whether they arise from acinar or ductal cells. It is also known that obesity has been shown to promote and accelerate PDAC development. However, the distinctive impact of obesity on PDAC arising from acinar versus ductal cells is unknown.

In this current study, the efficacy of obesity on PDAC development in acinar cell and ductal cell derived PDACs will be compared. The proposed exploratory studies are of great significance as they will illuminate PDAC biology, detect potential differential responses to risk factors (obesity), and could identify better markers for patient stratification and treatment options.