Home / About the Foundation / About Us / Scientific Advisory Board / Howard A. Reber, MD 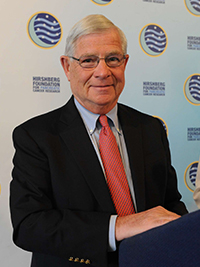 Dr. Reber has an international reputation and is an acknowledged authority in pancreatic physiology and disease. He is widely sought after as a lecturer and visiting professor. He has written and edited a number of major textbooks and chapters on pancreatic diseases, especially pancreatic cancer. His research publications are in excess of 400 articles, abstracts and chapters. He is a past president of the American Pancreatic Association and served for 20 years as its Executive Secretary and Treasurer.