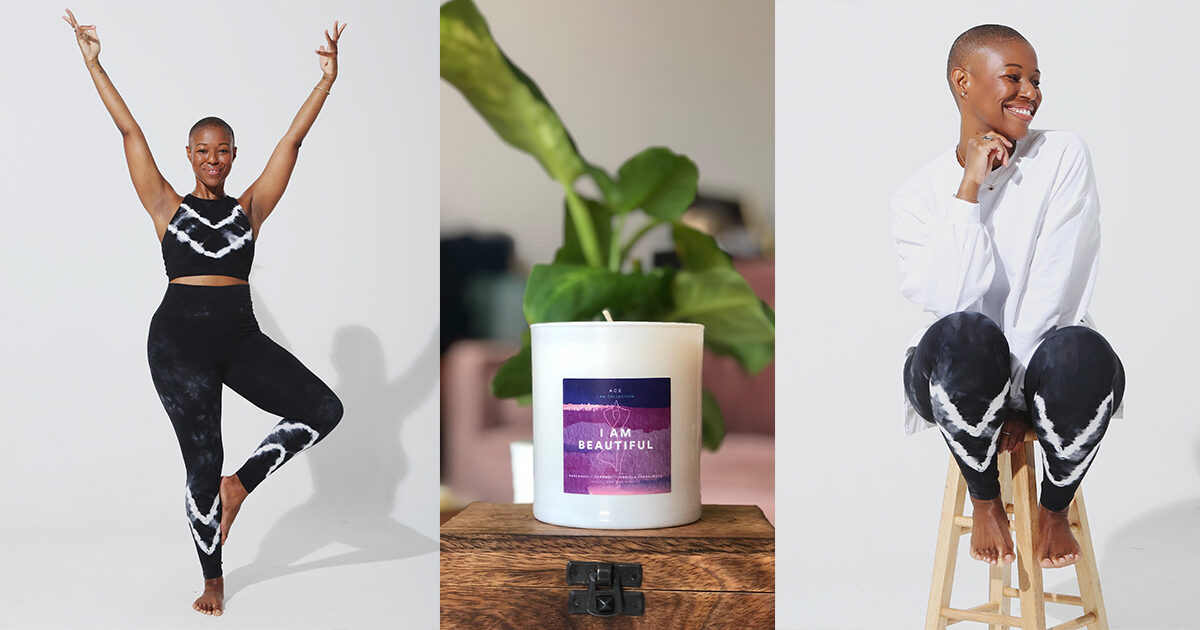 Alicia “ACE” Easter is a longtime friend and supporter of the Hirshberg Foundation. A Hirshberg Training Team alumni, an LA Cancer Challenge team captain, a Yoga & Meditation teacher, and a Master Reiki Healer, Alicia not only embodies but inspires others to “Never Give Up.”

When Alicia lost her mom to pancreatic cancer on April 20, 2002, she became a very reluctant member of the “Motherless Daughters Club.” Facing undeniable grief after her mom died, and with a job that moved her to different cities across the country, Alicia realized she was searching for something. When she began exploring yoga classes, she knew it was the lifesaver she was looking for.

As a long-time athlete, Alicia thought she had an awareness of her body from years of playing sports. In one of her early classes, the teacher led them in camel pose, a backbend from kneeling where you reach to grab your heels while lifting the chin and chest to the sky. Known as a heart-opener pose, Alicia struggled and her body resisted. After class, the yoga teacher asked Alicia if she had a broken heart. It was then that Alicia realized she was still weighed down with the grief of her mom’s death.

Alicia’s mother, Cynthia Geneva Lawson, had died four years earlier but Alicia still carried the pain of a loss she never fully processed. Despite being physically fit, there was still so much taking up space in her body that she wasn’t aware of. Yoga inspired and empowered Alicia to find the healing she sought. After years of muffling her voice and her light, she realized the most powerful way to honor her mother was to share her light with the world.

Inspired, Alicia studied yoga, reiki, and meditation to help others and share her gifts of empowerment and mindfulness. Alicia now teaches yoga and meditation classes, locally and online, and recognizes it’s an honor to guide students on their journey through yoga, meditation, and grief with love. She created I AM FREE: Yoga, Meditation, and Intention Setting workshops which she has hosted throughout California.

In June 2020, Alicia launched the I AM Candle Collection with the hope to inspire generations to come. Each time Alicia lit a candle, she was reminded she “is a brave being of light who is protected and safe no matter what society says.” Her hope is that, as you light the candle, you are able to feel the waves of peace wash over you and your home.

The I AM Candle Collection proclaims I AM BEAUTIFUL, I AM BRAVE, I AM LOVE, and I AM FREE. Each one declares one of Alicia’s mantras, reminders to be the best of what we already are. Alicia believes we come into this world with love and have a duty to let love lead while we are here. She trusts it can all start with a spark of your own light and be reminded with a candle!

“It is never too late to affirm who you are and who you want to become.” – Alicia C. Easter

Buy an I AM candle today →
Throughout the month of November, Alicia will be donating 18% of the proceeds from the sale of her I AM BEAUTIFUL candle to the Hirshberg Foundation in honor of her mother, Cynthia, and in honor of all those pancreatic cancer has taken too soon.