Home / Never Give Up / Fighting the Good Fight for Glenn 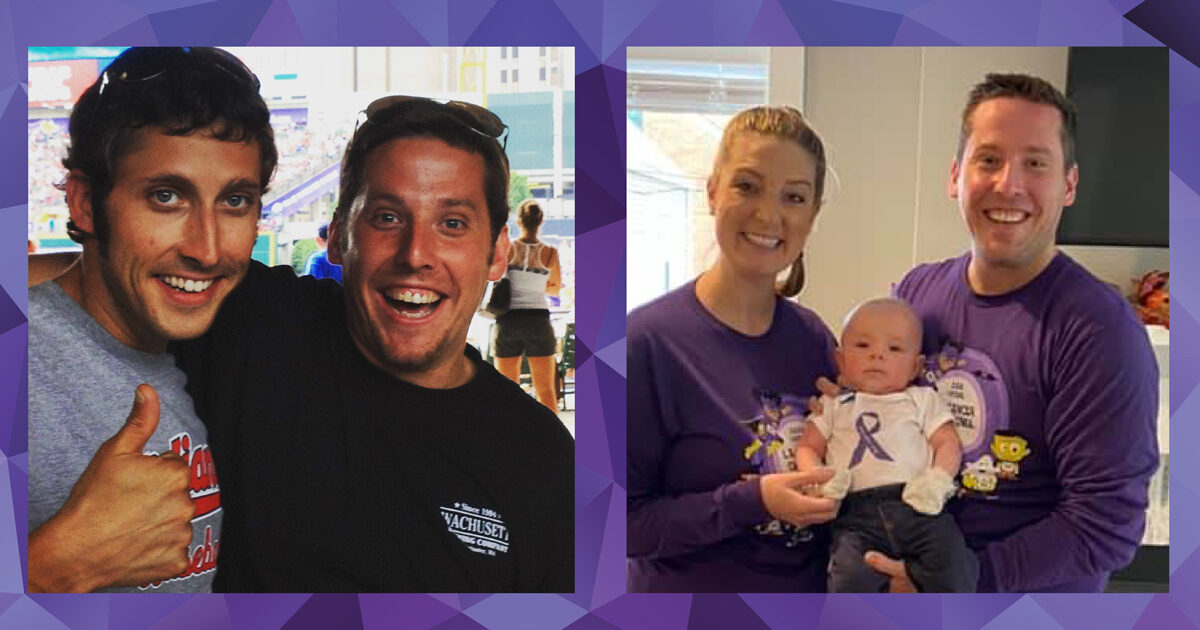 Dedication stories from families or friends who have been touched by pancreatic cancer show the resilience and courage of the human spirit. Loved ones dedicate their time and effort every day to fighting for a cancer-free future in honor of someone touched by this disease. Every journey helps pave the way to a cure.

I tell anyone that wants to listen that I am heavily involved in raising awareness for pancreatic cancer research, not for me, but for them. The reason being, it’s not if the disease will affect them in some way but when. I’ve teamed up with The Hirshberg Foundation for when that time that comes and it effects your life. I believe the hard work of researchers and others gave me an extra year with my brother because of the Whipple procedure. That surgery gave me an extra year with my brother and I’m forever grateful for that. I will continue to fight the good fight with others, knowing it’s not if but when, and because of our work there will be more answers.

On February 11, 2014, my brother Glenn and his wife Carrie gave birth to their first child, William Oliver "Ollie" Buck. While enjoying the life of being a new daddy, 3 weeks later my brother turned bright yellow and developed what is known as "painless jaundice." Glenn was rushed to the James Cancer Institute at the Ohio State University. After spending the first 32 years of his life being known as the most athletic kid in any group of people, my brother was undergoing test after test to see what in the world was going on with him. Certainly it couldn’t be pancreatic cancer, he was far too young.

My brother had never undergone any surgical procedures in his life, nor had he ever had any major illness. Glenn was the most athletic person I had ever met and I can barely remember him being sick growing up. On St. Patrick’s Day of 2014, he was officially diagnosed with pancreatic cancer. I can remember doing what everyone does, Googling “pancreatic cancer.” I spent all but 30 seconds reading the survival rates and quickly clicked out of it. I had all the information I needed after one paragraph – the survival rates were terrible.

The next 6 months were spent in and out of "The James" at OSU, undergoing chemotherapy and radiation through a port that was installed on his left shoulder. Following this treatment, he underwent the Whipple procedure on August 19, 2014. After 9 hours of extremely invasive surgery, my brother came out and the surgery was deemed a "curative procedure." Unfortunately, as we know with pancreatic cancer, not all of the tumor cells were removed. Glenn spent the next 6 months going through chemo and radiation again at The James.

The hardest part was when he began to show signs of depression. Glenn rarely looked anyone in the eye and spent a lot of time in solitude. Finally, right around April, he turned a corner and we seemed to have our happy-go-lucky smiley guy back. Unfortunately, we went in for a check-up in late July, and what should have been a "good-to-go, take him off chemo” trip, turned into us learning the cancer had metastasized throughout his body and he now had possibly 2 weeks go live. Three weeks shy of his 34th birthday, my brother passed away, leaving behind a 1 year-old baby and his loving wife. He was 33.

Watching this disease take my brother away from his wife and son will stick with me forever. He had a laugh that would infectiously make anyone around him laugh. He’s gone way too soon. The age 33 used to seem so old when we were kids. Now, looking at that age of death is about as sobering as any moment gets. Passing away before one’s 34th birthday just seems impossible and I don’t want any other family to have to experience that kind of loss.

The Whipple helped give us an extra year with Glenn, and I’m forever grateful, but we needed more. I will continue to fight the good fight knowing that because of our work there will be more answers. I am involved in raising awareness and money for research for all the families that will hear, “pancreatic cancer,” so that they will have more time.