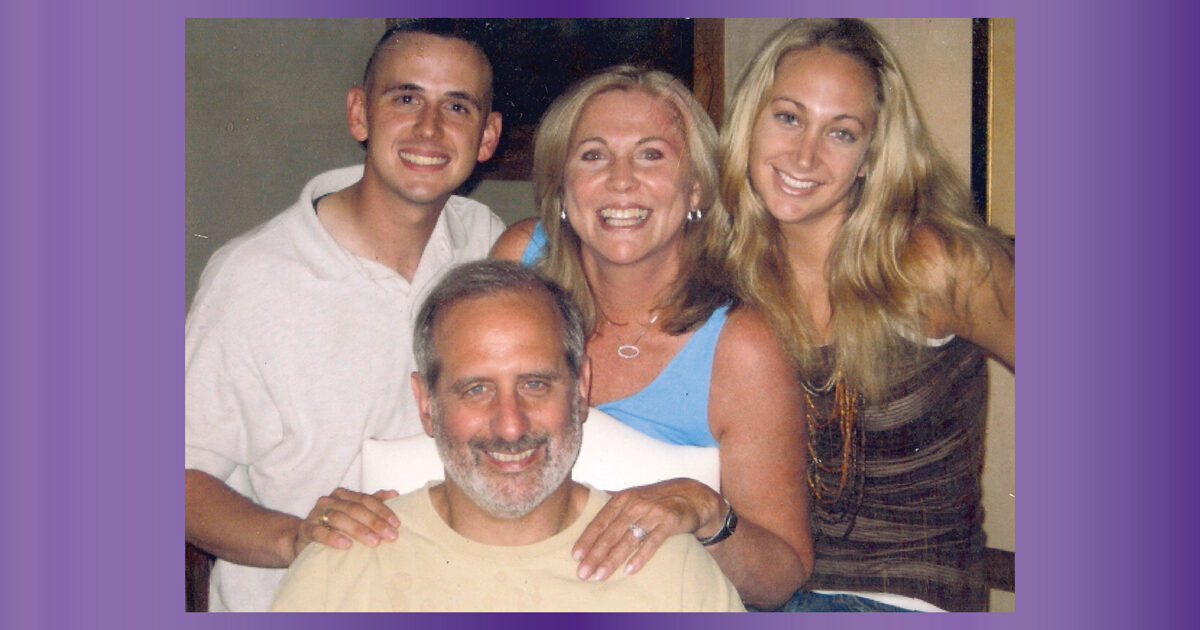 Steven, a husband, father and medical professor, shares his story as a patient and a long-term pancreatic cancer survivor. At the time of diagnosis, his son and daughter were in their mid- to late 20s and both were deeply affected. As a special Father’s Day tribute they’ve shared their unique perspectives.

I am a 13+ year survivor of pancreatic adenocarcinoma, Whipple surgery and liver surgery for metastasis. I was first diagnosed with pancreatic adenocarcinoma in mid-August 2007 after turning yellow from jaundice. A week later I underwent Whipple surgery at Beth Israel Deaconess Medical Center in Boston, where I had virtually all major treatments. The pathology report revealed that more than 99 percent of the tumor was removed from the head of my pancreas but that a few pancreatic cancer cells remained at the surgical margin.

In early October, I underwent CyberKnife radiation which killed the remaining cells and in early November 2007 I began 6 weeks of conventional abdominal radiation. In January 2008, I began 12 weeks of chemotherapy with gemcitabine. The cancer never returned to my pancreas and there was no evidence of disease until April 2010 when a liver metastasis of the PC was noted on a routine surveillance scan and confirmed by liver biopsy. I was then told to expect only palliative care which was unacceptable to me. I told my doctors I wanted treatment that was bold, aggressive, decisive and rapid.

I proposed a treatment in the form of a PET scan to see if there was pancreatic cancer metastasis beyond my liver and, if not, liver surgery to remove the tumor. My doctors first resisted this proposal but later agreed to bring my case to the hospital tumor board. The board evaluated my case – which included a negative PET scan – and finally agreed to the liver surgery.

There are many additional details but, remarkably, I’ve been cancer free since the liver surgery and have regained excellent robust health. Today, at 72 years old, I enjoy all life has to offer, including no dietary restrictions or regular medications, regular strenuous aerobic and resistance exercise, and a vigorous full-time career as a medical school professor. This year, my wife and I celebrated our 50th wedding anniversary.

After my father became ill, I would call my parents and they both had such strength in their voices as if nothing was wrong. The option of “if he doesn’t make it” did not exist. Rather, “when he beats this cancer” prefaced all of their sentences. “When he beats this cancer, your father is going back to work”. “When he beats this cancer, your father will one day walk you down the aisle at your wedding”. The more I listened to my parents, the more I began believing that there was only one option – he would beat the cancer. Now my father is healthy. I am relieved but in my mind that was the only possible outcome. My father is a survivor. And for that matter, my mother brother and I also are survivors. We are survivors for never once believing that the cancer would beat my father and that the only option was my father would beat the cancer.

As the initial months passed, I felt vulnerable and scared. Dad always protected me from things I did not fully understand. Now he needed my help. I felt scared because he never needed this kind of love before to face a problem. I would have to be his rock and my mom’s too. My dad’s illness taught me some very important emotional lessons. He helped me learn to never doubt myself in what I can achieve. I think he taught everyone that by surviving with such grace. My dad is a very special person to me and I know he will overcome whatever obstacles are in his path.