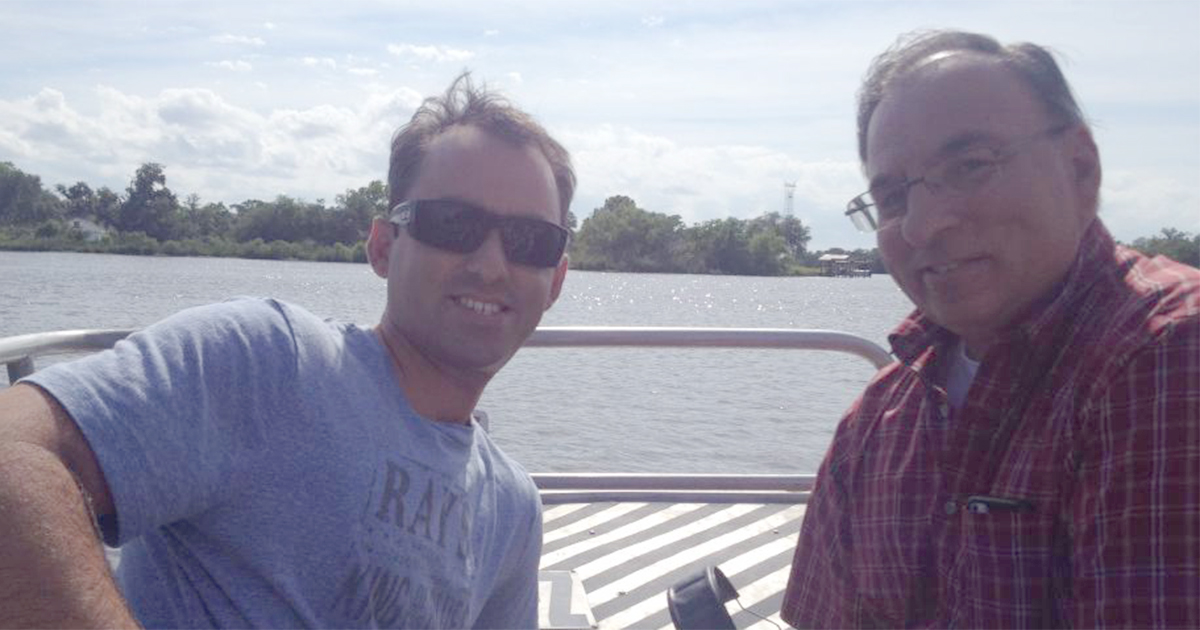 In December 2016, Brandon’s seemingly healthy dad Richard was rushed to the hospital with what initially seemed like symptoms of an ear infection but turned out to be a T.I.A (a minor stroke). Once in the emergency room he mentioned that he was short of breath, which resulted in a full body scan. The doctors found blood clots which led them to a diagnosis nobody expected, Stage 4 Pancreatic Cancer.

Because of his partnerships in the running industry through Gemini Timing, Brandon had done races with the Hirshberg Foundation, founded by Agi Hirshberg in honor of her late husband Ronald S. Hirshberg, who passed away from Pancreatic Cancer and he reached out for help. He and his family were overwhelmed by their generosity. Brandon would receive weekly, sometimes daily calls to check on not only Brandon and his father but the entire family and offer their support. Agi and her team at the Hirshberg Foundation helped Brandon’s family through the uncertainty of this horrible disease.

Unfortunately, in April 2017 Richard Walters passed away. Agi and The Hirshberg Foundation have continued to be a support system to this day.   When Brandon took on the Orange County Triathlon he saw this as the perfect opportunity to give back to the people who had helped his family so much as well as raise awareness and funds for research in the hopes that one day Pancreatic Cancer can be eradicated.

This is your opportunity as well to combat this awful disease. Very little is known about pancreatic cancer and it is often called a silent killer. There are not “routine screens” or tests, and very few symptoms that make Pancreatic Cancer the obvious diagnosis. Help us to end Pancreatic Cancer by donating today.